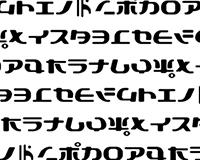 Donwload (Commercial use allowed)
Katakana-ish alphabet fonts. It looks like a list of “wrong katakana letters” but when I see them closer, I can see alphabet letters. When I write my name, “Mana” with this font, it comes up with “Po ta ka ta” in Katakana! 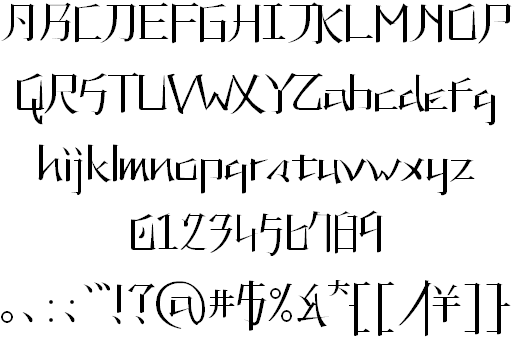 Donwload (Commercial use allowed)
It’s also Min-cho. It seems the name of “Lightmorning” is from Min-cho. (Min means light, cho means morning) There are lots of Uroko which is the triangular shape found at the end part of a horizontal stroke in Mincho typefaces.

Donwload (Commercial use allowed)
Hiragana-ish fonts. But they look just like a symbol…

Donwload
Inspired by Ninja. It looks sharp and like hard to catch it.

Download (The license info is unknown)
The gojuon is a Japanese ordering of kana, loosely a Japanese “alphabetical order” but I have no idea why those scary kanji letters are chosen. “Mana” is showed “猛血魅血” means “gruff, blood and charm” … ??

Donwload (Commercial use allowed)
It’s miss spelling but this font is inspired by Akihabara, which is one of the biggest city in Tokyo. Some of letters look Katakana. 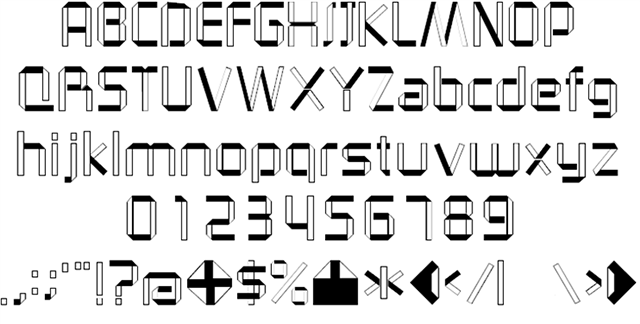 Download
It’s get a boost! But it looks more Chinese brush.

It’s not “Japanese-ish” font but I added one more thing because it’s a kind of fun and good for the ending. 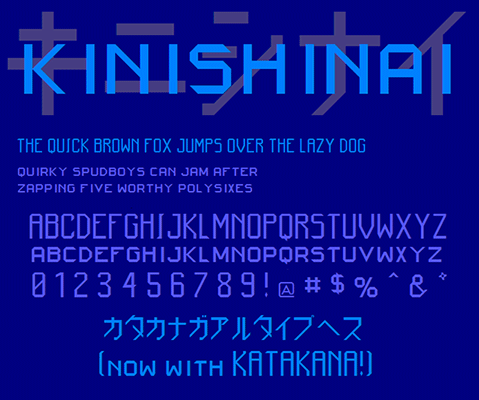 Let me know your favourite “other language-ish” fonts ;)

Who Needs Web Accessibility? How to Make Accessible Websites?